What Makes a Successful Mobile App? 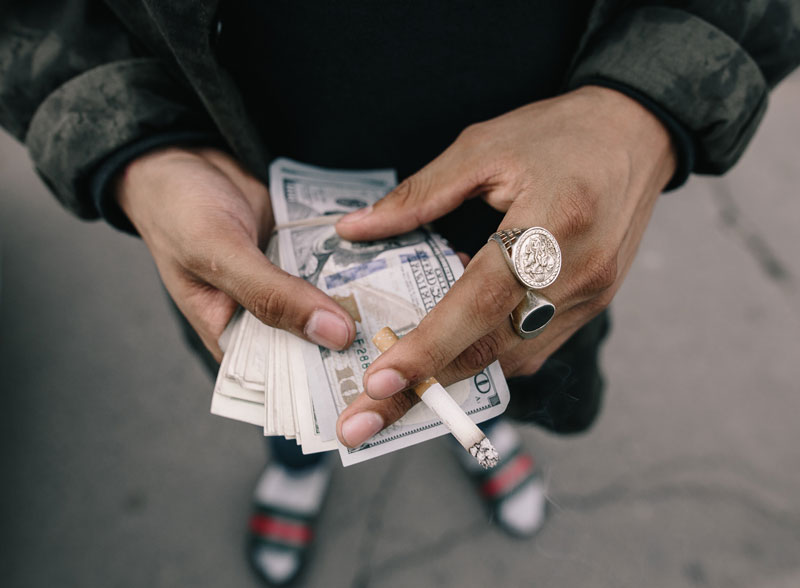 What Makes a Successful Mobile App?

An estimated 3 billion people in the world will own a mobile device by 2020. So, it’s safe to say that an increase in mobile users is more than likely going to increase app downloads and usage. The revenue of the app industry, therefore, will reflect this growth in app adoption; it’s basic economics. In fact, a successful mobile app can rake in so much revenue that the mobile app economy is predicted to be a 180 billion dollar industry by 2020, according to Statista. So, how can you get a slice of the pie? 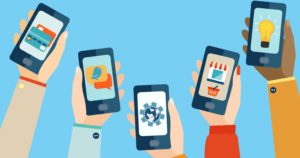 Everyone’s got a mobile device with their personalised suite of apps, how’re you going to get them to install yours? Credit: The Asian Entrepreneur

To make a successful mobile app, it must have a purpose; otherwise, if anyone ends up adopting the app they would find early on that it’s close to pointless. Your best chance of creating a successful mobile app is to develop something that solves an issue. This issue can be as simple or complex as you’d like. It can also be something someone else has already thought of, as long as you’re improving the standard and doing it better than your competitors; after all, you want them using your app, not your competitors. It’s also worth noting that even though an app solves an issue; if it’s not focused on core features necessary for that solution then you may have a problem.

If you’ve been involved in the tech startup world for some time now, you’re probably sick of hearing this by now. But an MVP is such an important stepping stone to success. If you create a stripped back version of your app, you better your chances of an early release. You also can use the customer feedback to identify which features your user is responding to well, and which ones prove unnecessary. Integrating feedback will allow you to streamline your app for your target market and hit the needs and demands of your users, which is a critical component of ensuring your app is successful.

MVP is so important.

There are many app categories to choose from, so choose wisely. Credit: MojoSol

Creating a great app that solves an issue is good and all, but it’s not going to guarantee you success. Do your research and choose your app wisely. Regardless of how well you build your app, if it doesn’t attract any users, then it’s all downhill from there. A common reason for an app going down the toilet is the decision to create an app in a category that honestly, just isn’t that popular. According to a report from App Annie, 85% of the app market was snatched up by games in 2015 leaving a mere 15% of the market left for apps in other categories to fight over. That’s not to say you can only build games to ensure a successful mobile app – aggregator and ride-sharing apps are seeing a rise in recent years – it is to say do your research, identify trends and make an informed decision.

Are you going to charge for your app? 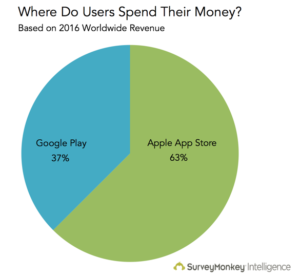 What platform will make your app more money? Credit: BGR

Pricing is a big driver for many consumers, as there’s an element of risk associated with paying for an app before you’ve tested it out. If an alternate version to your app is available free to download this enhances that risk; why would a user buy your app when they can get one that does the same thing without having to fork out a whopping $0.99? I believe the saying “why buy the cow when you can get the milk for free?” works well here. Many pricing options allow you to hook your user by offering your app for free, then creating sales through in-app ads, in-app purchases, subscriptions and freemium models.

It’s also a big decision deciding which platforms to build and launch.

If you’ve done your research, you will find that the iOS and Android markets are both willing to spend different amounts. If you haven’t done your research, that’s fine; we did it for you. Even though the Google Play Store had twice as many apps downloaded in 2016, the Apple Store generated 90% more revenue. So how does that work out? It’s as simple as iOS users being more willing to spend their hard-earned cash on apps than Android users. So, do some research and figure out your objectives. Ask yourself if you want more downloads, more revenue, or both and decide on the platform(s) that are appropriate for the launch and initial release of your app. 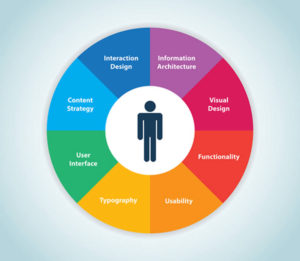 There’s a lot more to making an enjoyable user experience than you may think. Credit: Usability Geek

It is so much faster and easier to delete an app than it is to install it, and there can only be so many apps that stay on a phone once they’ve been downloaded. Many apps never achieve that permanent app status, and it comes down to a few reasons. Creating an app that solves an issue is an excellent place to start, but it also comes down to the user experience. Ranging anywhere from beautiful designs to great code, for an app to be successful it must be bug-free, fast and easy to use. Updating your app with new features and for maintenance purposes is crucial to ensure your app remains bug-free, engaging and up to date with the latest operating system. If it takes more than a minute to figure out how to use the app, or even worse open it for use, it’s getting deleted and probably won’t find its way back.

Track and Measure Everything

If your app is getting deleted within minutes of its download, you will want to know why. Tracking how users are engaging with your app will give you an insight on software issues such as regular crashes, so you know to fix these problems right away. Another beneficial reason for tracking the use of an app is the discovery of valuable feedback. Which features are and are not being used to their full potential? How are people making their way through the app? Would a re-design or shuffle of features make the app less confusing while having a positive effect on the user journey? All of these insights can help you better your app and enable you to put your best foot forward to create loyal users.

Keep Your Users Coming Back

Seems easier said than done, but creating loyal users is a massive driver for a successful mobile app; this is possible in multiple ways. First off, if you want people to keep using your app, it must be engaging. Not only must the design be sexy as hell but also it should have some attractive features. Features that your consumer didn’t know they couldn’t live without that is until you introduced it to them.

Create a point of difference. 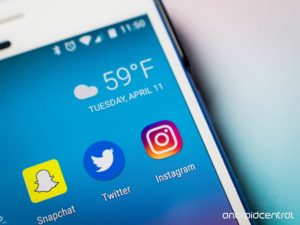 If there are several other apps out there that provide the same or similar solutions to yours, do it differently. Make an app that is easier to use, improves the standard, or even introduces an entirely new feature or way of doing things. It’s going to put you above your competitors’ and keep users opening your app, time and time again.

A successful mobile app is one that keeps its users coming back. Virality is a neat concept in that it does precisely this, purely because other people are using the app. Take Snapchat or Instagram for example; they are thriving mobile apps mostly because people want to check in to see what their friends, family and idols are posting. If there were no one on the app, then no one would use it. Creating a viral app motivates people to use it, and even invite their friends to use it too. A surefire way of obtaining new users and giving them a reason to stick around. 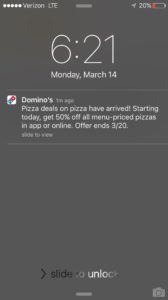 A great way to bring people back into your app is to send out push notifications. Keep them relevant and down to the minimum though,  otherwise, users may get annoyed. Its easier to just delete an app than head into their notification settings and switch them off. A good example of relevant notifications as an avenue to re-engage a consumer is with the Dominos Pizza app. Here and there, notifications are sent out about meal deals or a quirky statement encouraging people to order in if they’re having a lazy night; reminding people of the app and motivating them to use it.

Marketing is the answer to all of your ‘but how will people know about my app?’ problems. It’s a wise idea to create a budget and begin marketing your app before its launch. If done right, this ensures that there will be a buzz of excitement and suspense for your apps release date. It also can lead to a successful first week regarding downloads. If you wait until after the launch to start marketing, your app may sit idle in the app store for weeks or even months without any interest. You can’t however, only advertise your app in the lead up to launch. It must be consistent throughout pre-launch, launching stages and post-launch. Keep at it with updates and refreshing marketing campaigns, and you’ll do better than you ever imagined doing without one.

Your app is complete, you’ve ensured it works divinely, and you launched it with a killer marketing campaign. Think it ends there? Think again. Your app may be doing well for the time being, but a successful mobile app grows with its users; this is why a feedback loop is beneficial. Always keep building and developing your product, listen to what your consumer wants and doesn’t want and adapt to that. Never get so comfortable that you don’t change and innovate your app. Time changes everything, from trends to how people interact and use technology. Continue testing, getting feedback and implementing new features and software solutions. It will not only keep your users engaged with new content but will ensure you keep up with new tech trends and don’t get left behind.

Use the Feedback Loop to drive your successful mobile app. Credit: 7marketz

These are only a few things you can consider when dipping your toes into the app world. Many wrinkles need ironing out when developing an app aimed at success. As long as you do your research, provide for and stay on trend with your target market and don’t cut any corners in development then you should be aimed right at the stars! That is unless your app idea is awful. If you think this is the case you can always head to our office and participate in one of our Startup Laboratory Workshops to help you validate and evolve your app idea.