Why Is An MVP Important? 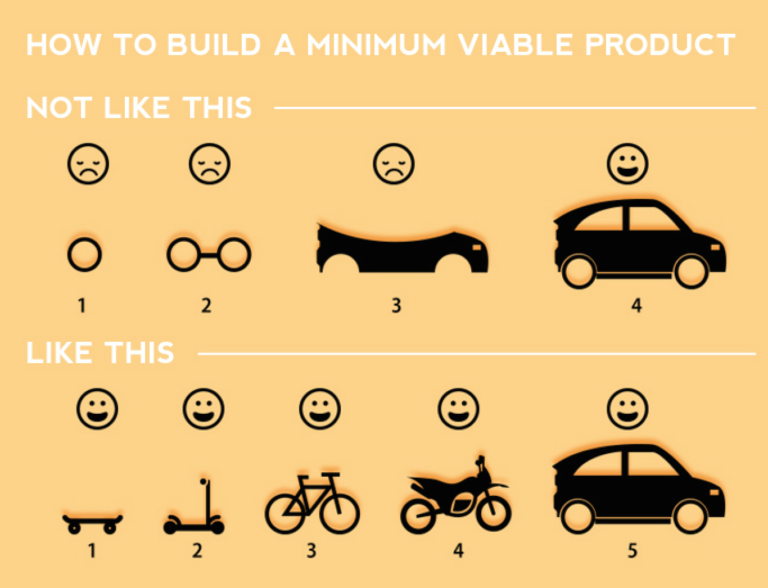 Why Is An MVP Important?

Thousands of people every day think they’ve hit gold with the next big app idea, wondering how no one else has thought of it yet. The fact of the matter is, someone probably has…

Possibly 100’s other people in fact. So why isn’t it out there yet? There are two reasons as to why someone’s idea never becomes more than just an idea. 1. The creator of the idea is lazy. 2. The creator doesn’t know where or how to start (you can thank Tai Lopez for that tid bit of motivational information).This is why market research is such an important part of the process before you start making any major moves. You can read a bit more about the importance of market research for your MVP here.

The leap into the process of moving your ‘just an idea’ into a fully functioning app is risky business, and expensive business at that.

Think of the simplest app you can. An app built only for one device solving the most simple of issues for that target market. That app would cost 10 grand, minimum. Now think of the most comprehensive app you know of, one that contains many complex features and is available on all platforms. That app would have cost a lot more than 10k from start to finish, and more than likely began with less than half of those feature in its first release version… Or it had a massive budget and all the time in the world that could be allocated to developing. In all honesty however, even if you do have a tonne of cash burning a hole in your pocket and a year to build an app it’s probably wise to start off with an MVP regardless. This is because once you’ve gone to market with your app people could simply just hate it! Or even worse, get so overwhelmed with all the different features that they don’t even bother giving it the time of day to understand how to use it. By starting off small and hitting one solution right, you can gain loyal users and slowly introduce them to new features over time without scaring them off.

What is an MVP?

MVP stands for minimum viable product and is developed as the very first version of an app. This is to ensure the app only includes enough of it’s core features to be feasible at fulfilling what the app promises to do, while still allowing it to perform well on the sales front.It’s dedicated to early adopters and is used to validate the product by gaining feedback on how the app is used, who is using it, and how it can be improved in future development to better fit the market.

These insights are invaluable and can save your company thousands, as it gives you a clear outline on what features would be highly regarded and which ones would prove to be useless. Saving you in the long run from the risk of developing an app with copious features (which would increase the cost and development time tenfold) and having the platform fail because you didn’t understand your target market well enough. As you’re only paying for the few core features, you can then start allocating the rest of your budget plus revenue from your new app toward

building new elements for future app updates and versions; knowing that there’s security in your decisions.

Creating an MVP can not only give you the possibility of saving up to 70% of your budget but it can also narrow down your apps completion time by almost 60%.

The less features that need to be coded and embedded into the app, the less development time needed to complete your app and get it out to the market for feedback. It is often believed that an MVP is an unfinished app full of bugs and incomplete designs, when in reality cutting out all the luxury, unnecessary features means your developers and designers can relentlessly focus their time into making the app as polished, efficient and enjoyable to use as possible.

While it’s still nice to have your dream features well thought out, an MVP is a crucial phase in the development process and is the key behind ensuring that your current app is functional enough to bring in enough revenue so that those dream features will one day become a reality.  It allows you to save money in your budget which can be better allocated further down the development line and saves you and your team time. Without an MVP plan in place, you run the risk of designing an app for yourself rather than the people you created it for, meaning an MVP is a great move in helping yourself take the risk out of your startup by allocating your time and resources wisely on a product your early adopters will love, you don’t want to waste them on anything that isn’t essential.