Choosing The Right App Development Agency At The Right Price 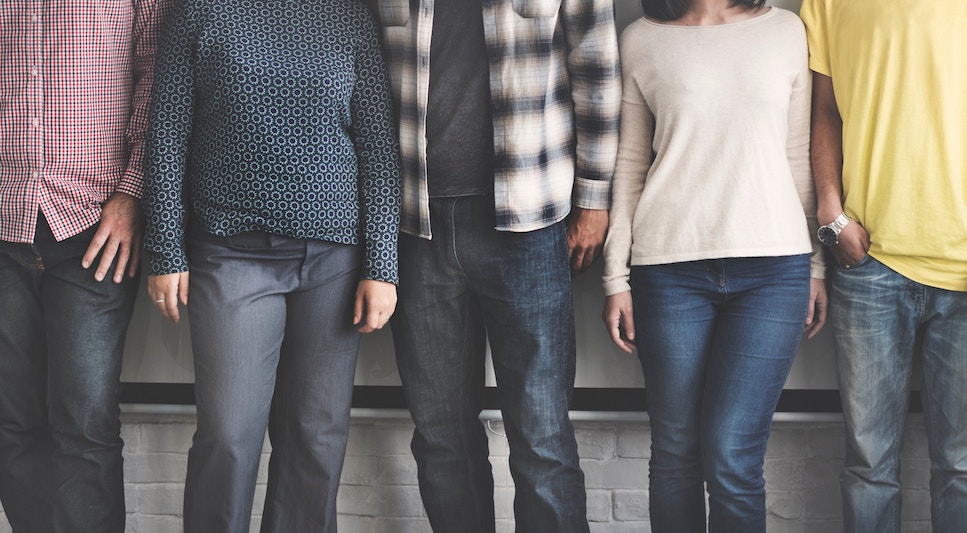 Choosing The Right App Development Agency At The Right Price

Mobile apps are now a prominent business tool for any startup, large corporation or even small business.

This is great news for any app development agency, whose services are now in high demand thanks to the insane growth in mobile phone use in recent years. However with ever growing interest in mobile applications, it can be easy for development agencies to settle for a lower quality of work. An app development agency may produce low quality work due to several reasons. These include trying to keep up with the increasing demand for work or as a strategy to maximise their profits. 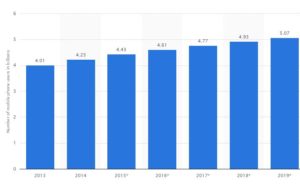 The increase in mobile phone use has had a direct impact on demand for an app development agency’s services. Credit: Devsaran

If you’ve been looking for a development agency to build your mobile app, you would have noticed there’s certainly no lack of options. You have the choice of hiring a freelancer, bootstrapping or using an agency’s services. Your decision will most likely influence your time frame and costs immensely, which you can read more about here. There is however, more to it than what meets the eye. Agency pricing can be misleading. If the price seems too good to be true, that’s because it is. Sometimes the most expensive agencies produce the worst work, or no work at all. Don’t run off into the sunset with the first app development agency you find who offers you a nice price. Weigh up all of your options, it’s better to be safe than sorry.

So, How do you choose?

The never ending pool of options is a great thing, but it can also be a bit daunting from a customers perspective. You’ve got so many options, so who do you choose to turn your app idea to the real deal? This is why you must do research and ask the right questions.

By doing your research, we mean don’t just look to Google for the best recommendation. Talk to anyone and everyone in your network. Ask if they have had an experience with, or know someone who has any information on a particular app development agency. Find developers who are trusted by those you trust. Negative word of mouth gets around faster than positive, so if you hear something bad it’s for a reason. It also helps to use one of the most powerful review tools we have at our fingertips, social media. If an app development agency has a negative social media presence or following, there’s a reason for that too.

Look for referrals and testimonials, if all else fails contact an agency directly and put them in the firing line with your questions. Ask how many apps they make a year (Hint: a higher number is not always the best answer). It’s also worth asking what their idea is for the end goal of your product and how they would change it to better suit your market or device. . This is to make sure you find someone who believes in your idea as much as you do, and isn’t just in it for the monetary gains. Finding an honest app development agency can prove to be difficult. So, if you find one who wants the best for you and your app, not just their bank account, hold onto them tightly and never let them go. (Not literally, otherwise you may end up spending your app budget on legal fees).

The most important question to ask however, is who’s developing your app? Is it the talented staff you met with the highly regarded credentials? A designer who understands exactly how you want the user to journey through your app?  Or is it someone on the other side of the world doing it for the money instead of the passion? Enquire about where they make their apps, in-house or overseas. If it is overseas, try to find out where. This may be easier said than done, as some companies know they’re outsourcing to shady countries but cover it up to get your business.

What’s the problem with outsourcing?

Sending development work off overseas is almost unavoidable in todays industry. Australian wages are a lot higher than that of many other countries. With such a dense market, competitive pricing is a major decision maker for consumers. Because of this some agencies have no choice but to outsource development to lower paying workers, in order to stay competitive. Don’t get us wrong, outsourcing can be great for an app development agency with good intentions. It can be the defining factor that enables them to build beautiful apps at an affordable price. 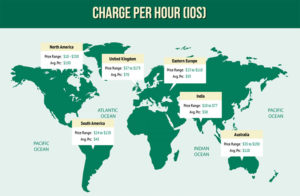 The varying costs of app development for different countries. Such a difference in wages makes it unavoidable for an app development agency to stay competitive without outsourcing. Credit: YourStory

In some instances however, agencies are misleading with their reasoning for outsourcing. Employed properly, outsourcing is a strategy used to produce apps more like a factory, placing importance on quantity over quality. It is also a great way for an agency to maximise their profits; hiring cheap workers but still charging standard pricing. This is when outsourcing is used in a more deceitful manner, becoming an issue. Other issues may stem from the decision of which country an agency chooses to outsource their work to. Outsourcing to the wrong country can bring problems surrounding language barriers, differences in cultural and design trends, as well as delays due to time zone differences. This is why it’s so important to find out who’s actually developing your app.

No matter how much pressure an agency feels from such demands, they should never compromise the quality of their work. Users are very aware of quality. Even if they can’t pin-point what makes or breaks an app, it’s easy to identify when the quality just feels a little off. This is only one motivator influencing agencies to make beautiful apps. The other being with such an increase in popularity, comes a dense competitive market. If users don’t like your app, there’s no doubt they can find a better one within a few clicks of the app store.

In our opinion, if you’re paying a lower price than the offers from other competitors, you’re probably going to be dealing with an agency that outsources for malicious reasons. The low price is likely to be reflected in your final product, there also may be several bugs and spelling errors, poorly built designs and wireframes, as well as a bloated cost and timeline in the long run. We’ve even heard of some instances where the app never gets completed, or is entirely different from the app the customer paid to get built. The customer then has to find someone else to complete their app or re-do it to better reflect their vision. Best save yourself the trouble in the long run, do your research and choose your app development agency wisely.