How To Get Your Startups First Users 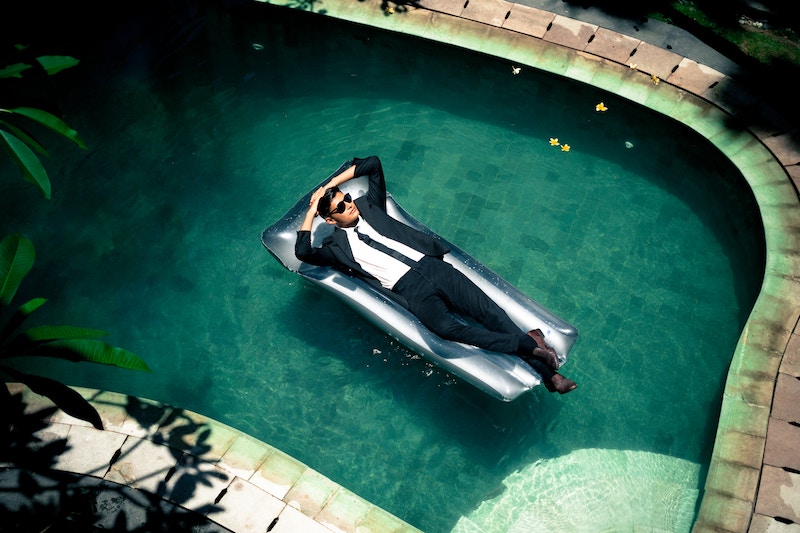 How To Get Your Startups First Users

Whether you are already an entrepreneur or an aspiring one, you should know that the struggle of getting your startups first users is a difficult venture.

Unfortunately, investing so much into creating something that you think is great is the easy part. There comes a time when you must take off the entrepreneur hat and replace it with the salesperson hat. If you can’t get other people as excited about your startup as you are, then you won’t have any customers. And if you don’t have any customers, you don’t have a successful business. Here’s a few tips of the trade and examples from startups who have gone on to make millions.

In order to get your startups first users, you must know who your user is. By this point you if you’ve implementing a lean startup model, you should have at least partially completed some form of market research. From these findings you’ve hopefully found your product market fit, that is the knowledge of who your customer is and that your product will satisfy them. Your next move is to find out where and how to find your potential consumer. Once this is identified you can then apply the best method of gaining your first users. 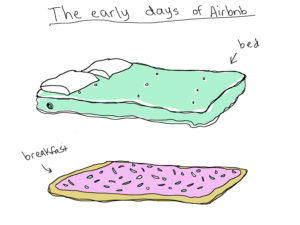 Airbnb quite literally started out as an air mattress on the floor, however it enabled the founders to find their startups first users. Credit: Pando

Co-founders Brian Chesky and Joe Gebbia identified their target market accidently. They rented out three air mattresses when a local design conference was in town, booking out every last hotel. It was so booked out that the three air mattresses actually went quite quickly. To ensure this wasn’t a fluke occurrence, they continued to do so for events that would sell out and found it to be a proven method. Point is here, they attracted their startups first users, who happened to be outside the young and hip demographic they had envisioned to be their target market. No better way to learn who your consumer is than trial and error.

It’s not what you know, it’s who you know

The first step is to begin with your existing network and really exhaust all your connections. Start with the people you know such as family, friends, investors and personal connections. Then move onto the people they know. It’s definitely all about connections, so ask everyone you know about who they may know. You have no idea who you could wind up in contact with. This is also a good way to potentially spark some word-of-mouth about your startup.

This may be a little daunting for some, especially if you deal with computers and not people. However, if you can’t get your startups first users from those in your network then you’re going to have to pitch. Begin at people you have a mutual connection with. You will however have to contact strangers eventually and really put in your all to convert them from stranger to customer. With cold calls you may have to face rejection, but aim to get as much feedback as possible out of it. Ask how you could improve and why they don’t need your product/service.

When it comes to spamming people with emails, don’t expect positive responses and emails full of praise by the bucket load. It’s a given that you’re going to get less replies than emails you sent out. You should however do your research on who you’re contacting. Make your email personal, show you’re aware of an issue they have and that you have the solution.

Go to where your customer is

As mentioned above you should have identified who your customer is and where you can find them, now go there. Find the platforms your potential customers are using to to find a quick fix for the issue your startup solves, then send them in your direction. This includes social media platforms such as Twitter, where users are open about their issues. Monitor such platforms and send out a link to your product/service with how it can help them. That’s the power of social media, not only is it free but you may wind up with some new users on your hands. Do send out diverse tweets/messages and monitor each ones success so you can find which method of acquiring customers is the best for your brand.

When Airbnb was on the hunt for houses to fill their app, they sought out ways of approaching their startups first users. When the founders realised that Craiglist was currently the platform for advertising short-term rentals, they hacked into the platform and extracted the contact information of the property owners. They then contacted each and every one, proposing that they can do a better job of marketing the apartments. Persuading them to use Airbnb as a way of doubling their chances of finding a potential renter, they found themselves with a nice amount of homes on their app ready for rent.

Give it away for free

Offer anyone you’ve identified to be in your target market your product/service for free in return for feedback. Feedback is totally undervalued, it can be the factor that either allows you to hit your target market on the head or miss them completely. Incorporating a referral method is also a great strategy as it provides an incentive for people to spread your product/service.  It’s also worth noting that there are people out there who thrive off exclusivity. Consider releasing an invite or sharable version only, this can attract the demographic of consumers who want to be the first to try everything. This is more powerful than it seems, given they enjoy your product they’ll tell everyone so they can claim the discovery.

Tinder jumped on the exclusivity band wagon when they were aiming to get as many college students on board as possible. Their method? Throw an exclusive party, only those who could show they have the app installed on their phone were admitted entry.

Dropbox actually built up their startups first users by implementing a referral and word of mouth campaign. This grew their users by 40 times the previous amount.

Uber gave away free rides during a 2013 bus worker strike in Boston to get students to school. After this, they expanded from 12-35 cities.

Give them an experience they will never forget

Go above and beyond for your first users, they are the gateway to the rest of your customers and can truly help define the success or failure of your company. If they love your product/service they can bring in several more users purely from word of mouth! If they hate it, your chances of acquiring more of your startups first users are slim to none due to the exact same thing, word of mouth. It’s also worth it to mention that community is key. Support the local users and you will get the support of your users in return. Who will then get you more users through, you guessed it, positive word of mouth. 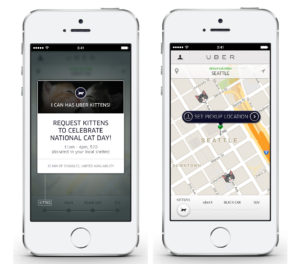 Uber gave their users an experience to be remembered, UberKITTENS. Credit: The Next Web

UberKITTENS was a strategy implemented by Uber on national cat day, in which they delivered kittens for 15 minute petting sessions. They also raised $14,268 for animal shelters in Seattle, NYC and San Francisco! This is a great example of getting involved with the local community and providing users with an experience they would never forget. Not to mention the word of mouth traffic from this would have been incredibly valuable.

Airbnb quite literally went the extra mile for their users, going from coast to coast and door to door taking pictures of appartments for each listing. They built loyalty with their users by asking what products they needed and what they could offer them, personally following up on all feedback.

“Which came first: the chicken or the egg?”

A well known dilemma in a 2-sided marketplace or platform. Which do you acquire first? The users on the supply or demand side? Little hint, it’s the supply side. Focus on creating a solid database of suppliers and then you can move forward with acquiring customers.

Empty site means no users, and no users means an empty site. Quora and Reddit solved the chicken and egg issue by filling their sites with their own content until the website had enough organic content to thrive on its own.

Quora’s co-founders D’Angelo, Cheever and Cox actually asked and then answered their own questions to begin with. When they begun bringing on new employees and beta testers, they asked them to do the same until there was enough content on the site to bring in unique, organic visitors. Reddit’s co-founder Steve Huffman, said they had to create content for several months until the home page was no longer filled with their content, but with submissions from actual users. The difference here is that Reddit created fake profiles, this however turned out to be an advantage on their side as they were able to set the tone of the future Reddit community. Talk about faking it ’til you make it.

When Airbnb came about, they couldn’t rent out houses with no customers, but they also couldn’t have loads of customers with no houses for them to stay in. When they gave craigslist a run for their money their aim was to build up a substantial choice of houses, after that the customers came running.

Tinder is one company who knew who their startups first users were meant to be; college students. The then CMO Whitney Wolfe, travelled to the startups first users. They went from 5,000 to 15,000 users purely by going to sororities and signing girls up on the spot. She then approached the brother fraternities of the sororities and all the boys signed up because all the cute girls they’d been eyeing off all semester were now on the app. This then created a constant loop of males signing up for females, and females signing up for males.. turns out a circle does start somewhere. 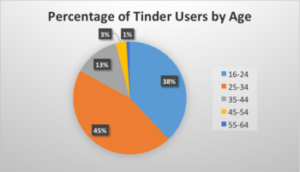 Tinder based their strategies to acquire their startups first users on their target markets age. Credit: Wikipedia

Among all of these strategies, the strongest of all is an endless drive and willingness to do whatever you can to make your platform the best and your customers the happiest. The companies spoken about above all started out with no users, Quora and Reddit even had to fake their startups first users for months! The amount of users your startup has in the beginning does not define its future success. Create a product that your customers are proud to use and they’ll share it with their friends, making obtaining new users easier than you’d think. What really counts is how you treat these users and what innovative solutions you can offer them throughout their experience.