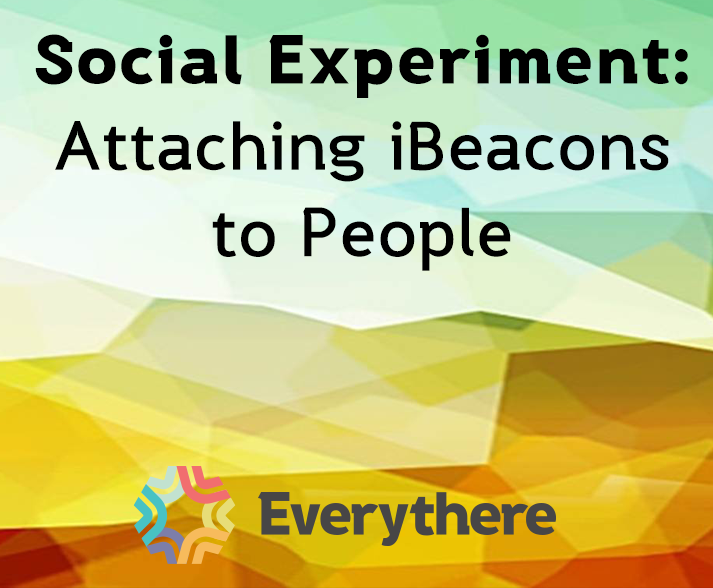 Museums Australia WA (MAWA) had their yearly conference in October, it was a gathering of all people in WA who work with galleries, museums and councils.  It was a coming together of like-minded people who wish to better engage communities.

Museums and galleries are Everythere’s target client so I was keen to work collaboratively with MAWA to help the attendees better understand the possibilities around iBeacon technology.

I chatted to the very forward-thinking MAWA team and we decided to use iBeacons on people rather than objects, something I believe is a first, at least in Australia.

We equipped about 30 of the people coming to the conference to speak with their own iBeacon attached to their lanyard and name badge.  When an attendee came into close proximity with a speaker then the applicable biography with photograph would trigger an alert on their phone through the Everythere app.  It was a simple task but it was a powerful way to demonstrate that moving objects or people could quite easily be iBeacon points of interest to an Everythere app user.

What was the result? A brilliant and engaging use of what is general perceived to be a technology solely used for objects and locations.

Where to next? We would love to use something similar at Gay Pride in Sydney, Notting Hill Carnival in London or a large street festival where performers are continuously moving past an audience – what a great way to discover more about that particular float.